Iceland: the land of wonder & contradiction

This place almost feels like a different planet with its own logic. Everything about this place is wonderfully paradoxical from the frozen warmth to colorful darkness to her midnight suns. Founded by a pretty unhappy, violent bunch, the Vikings, around the year 871. It has been sustained by some of the happiest, most peaceful people alive today. The actual term Viking means to go to a place and take what is not yours which is something the Icelandic people take great pride in. Again, this is entirely in contrast to the morals and schools of thought that drive the nation today. Iceland is currently one of the most liberal democratic welfare states in the world.

Around 350,00 people call this tiny frozen wonder island home, and this year alone they are opening their arms to a record high 1.7 million tourists. Iceland’s capital, largest and only actual city sits on the 46th parallel making Reykjavik the northern most capital in the world. We landed at 4:30 in the morning with our western-facing window blinds open, allowing the sun that perpetually shines this time of year to warm our faces. The airport gave me a good idea of what the rest of the country would operate like. It was simple, clean and the people were openly trusting.

There is no national army here. Police do not carry guns, and government buildings are all open to the public with no security. There was one recorded death by the department a few years back in which they had a stand-off for 7 hours with a suicidal man wielding a shotgun in town. Police consistently attempted to ask him to place it on the ground with no success. The department finally had to call in their SWOT team, who are the only ones who do have weapons, to shoot the man down. The next day the Icelandic citizens peacefully protested this murder leading to the police department releasing an official apology the next day saying they could have done more and they are deeply sorry. I can only imagine how different both parties’ actions would have been if this incident would have occurred stateside.
Christmas is a huge deal here where for decades the 13 Icelandic Santas individually drop treats or potatoes in the shoes of children if they leave one on their window sill. These Santas come one day at a time starting on the first of December till January 6th. Each one of these gifting elves has a name like Pot Scrapper, Window Peeper or Sausage Stealer. That is until Coke-a-Cola got here. They changed the way Santa was seen and introduced the jolly red suited man I grew up accustom to.
This tiny island in the middle of the northern Atlantic Ocean is home to more natural resources than most countries could ever imagine. The whole island sits atop geothermal pools which fuel one of the nation’s largest pastimes: hot tubbing. These pools also allow the entire nation to be run on all renewable energy sources. The world’s largest glacier finds a home here as a neighbor to multiple volcanos and the geyser that gives all geysers their names. Iceland is made entirely of volcanic rock and sits upon the boundary of the North American and Eurasian continental tectonic plates. The countryside is sprawling and takes your breath away acting as a natural embodiment of the local’s peaceful demeanor. 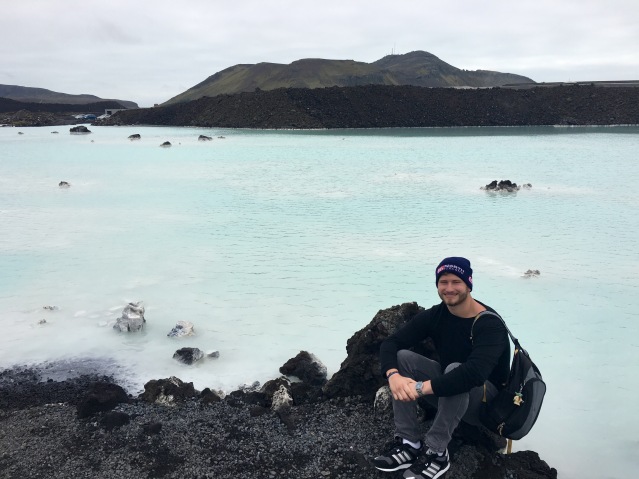 The citizens here are some of the most educated in the world and have a deep knowledge of their beloved nation’s history and a passion for preserving its natural and ideological beauty. Iceland has had one Nobel prize winner in its history, but that still gives them more Nobel prize winners per capita than any other country in the world. Similar to most countries the main problems they struggle with are the urbanization of its city leading to gentrification and inflation, a growing wealth gap, particular citizens straining their government sponsored social systems and that same government being corrupted by larger corporations.
Iceland is a place where some of the world’s most wonderful, beautiful and proud people call home. The sun shines for 24 hours straight in the summer allowing for the nightlife to thrive deep into the wee hours of the morning with no lull. Sitting outside a coffee shop in the town square enjoying a perfectly crafted cappuccino I notice that everyone here seems to enjoy life and live in the moment in a way that is uniquely Icelandic. A tour guide told me that Icelanders rarely think more than three years ahead, which is in part, the reason for the drastic volatility of their economy. This also gives them the ability to intentionally live in the present. It seems like every conversation with a local leads to a contradiction whether in their personal belief or a fact. What’s interesting is that in no way do you ever feel like you are being coerced because each person is genuine, and what they say they really believe.

Iceland is by far one of the most interesting, beautiful and wonderful places I have ever experienced. I would encourage anyone to make the voyage here at least once. That said, the locals wouldn’t mind if you didn’t out of a fear that is rampant that the new 6 million annual tourist cap will quickly erode one of the world’s best kept secrets.

← Is Advertising a Profession?
Stockholm: A pocket of perfection →

1 Comments on “Iceland: the land of wonder & contradiction”